Posted by Ashley Skiles on

Is religious ideology the driver in determining internal and foreign policy?  Or are economic and military development what fuels most decisions? Which will end up the most powerful force in the region?  And how does anti-Muslim rhetoric and American military involvement help shape these developments?

In one of his last lectures before stepping down from his position as the Dean of the School of General Studies Dean Awn will enlighten us about Gulenism and its religious Sufi roots, how it came to prominence in Turkey especially in schools, universities, Police and Judicial system, how it came to face its demise at the hands of their former religious and political ally, and what the future holds for Turkey and the Middle East. 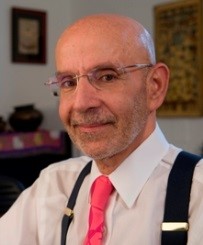 is Professor of Islamic Religion and Comparative in the Department of Religion and Dean of the School of General Studies (GS). He is in his twentieth year as Dean and his thirty-ninth year as a professor at Columbia.

Professor Awn received his Ph.D. in Islamic Religion and Comparative Religion from Harvard University in 1978, at which point he joined the Columbia faculty. Previously he earned degrees in Philosophy/Classical Languages, and Christian Theology. Professor Awn’s book, Satan’s Tragedy and Redemption: Iblîs in Sufi Psychology, received a book award from the American Council of Learned Societies. In 1984 he was the first recipient of the Phillip and Ruth Hettleman Award for distinguished teaching and research. In 1995 Professor Awn was awarded the Great Teacher Award from the Society of Columbia Graduates.

Professor Awn continues to teach courses on Islamic mysticism (Sufism) and Islamic Religion as well as Literature Humanities, one of the year-long, signature courses of the Columbia Core Curriculum. He also mentors graduate students working on advanced degrees in the field.

The School of General Studies (GS) is the college at Columbia designed specifically to recruit, evaluate, and provide appropriate advising and other support services to students with untraditional backgrounds who seek a traditional and rigorous Ivy League education. What makes GS unique among colleges of its type is that all GS students are fully mainstreamed into the Columbia undergraduate program.

Invite your friends to join you